The Pointless Forest Is Anything But: Interview With The Artist - Part One 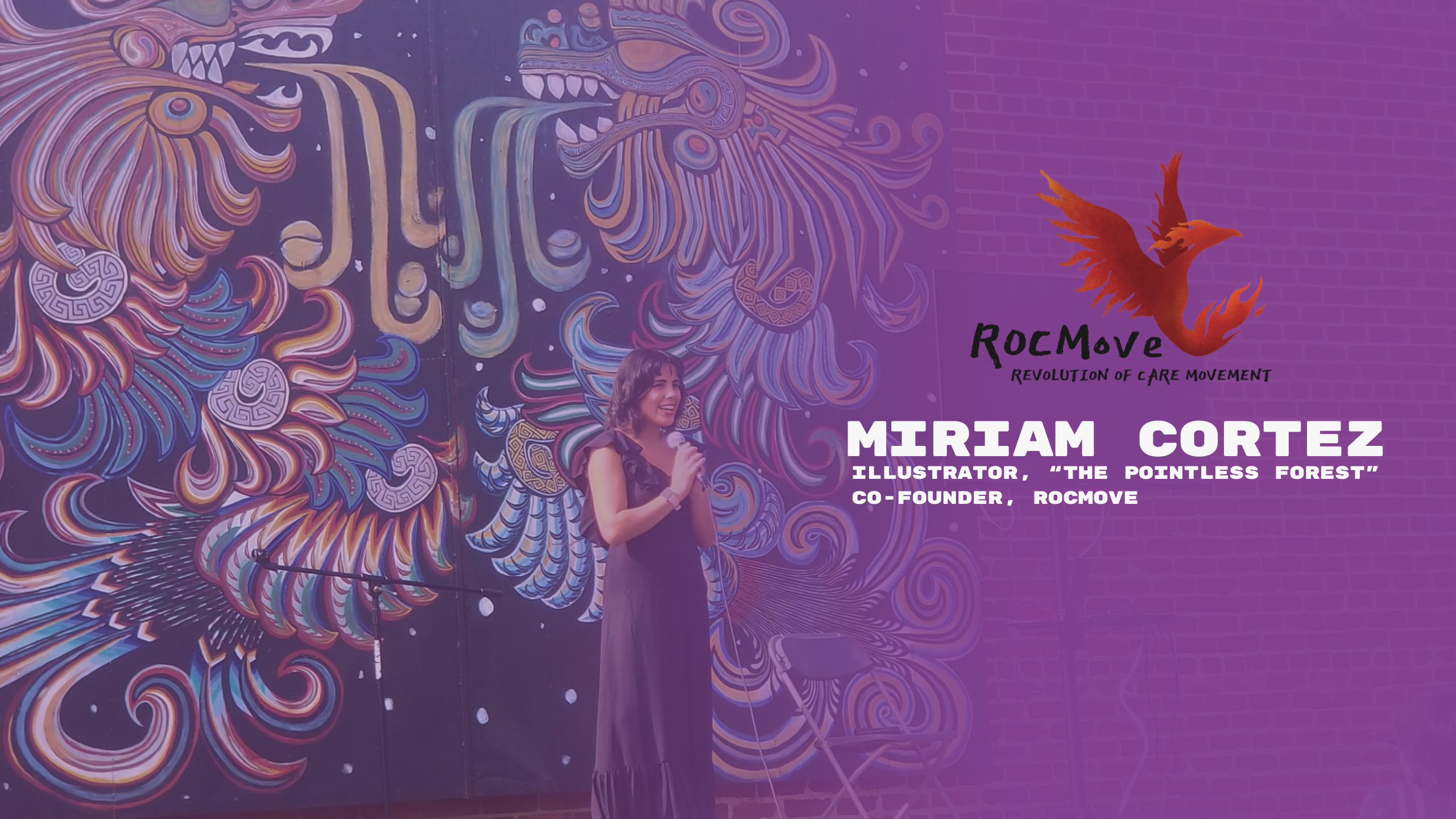 NOAH: To the newbies, what is THE POINTLESS FOREST about?

MIRIAM: THE POINTLESS FOREST is a metaphor for a space that is non-inclusive, or not inclusive yet. Really, the story is malleable in the way that anyone can relate to the main character. The main character, named Pointlexia, doesn't really know where she came from or how she ended up in the town she is in. She doesn't look like anyone else, she has no one to relate to for her specific experience...

When you enter the foster care system, you might as well be on a different planet. If you are living in a different city, in a new home with strangers, and attending a different school — we even compared it with being a refugee child who doesn't speak the language. You are completely different, and the outlier in the narrative that you are existing in, for whatever reason. We didn't want to criminalize caregivers or the community, but we did want to shine on a light on what a lack of inclusion can make a child feel, even if the child isn't communicating that out loud.

So in the story, Pointlexia, is having this experience of people talking about her in front of her as if she can't hear them or understand what they're saying. She is existing in environments where her differences don't allow her to engage in the same ways that her peers can, and language about parents is something that further isolates her because who do I talk to if I don't have parents?

Pointlexia is a foil for what happens when the spaces you create aren't necessarily for everyone. In Pointlexia's frustration and confusion, she starts creating, and because no one understands what she is doing, she gets even further outcast. At this point, she questions what is the point if no one understands me? But, Pointlexia doesn't let other people's perceptions stop her from reimagining a world where everyone can coexist, beautifully.

This is also the essence of ROCMove — we have this community of people who have been traditionally outcasted, or people have talked mess about us in front of us or talked about the foster care experience as if we weren't in the room, or told our stories without permission with some weird sense of entitlement to traumatic narratives, especially ones that they're not used to hearing.

MC: Exactly! It's like, I didn't know this dinner conversation was going to be about my life, and you telling me to tell everyone what I've been through as a kid! Tell them your story, but I didn't sign up for this! I came to eat!

I mean, of course we are going to stand out if we are the only ones existing in this realm, and if we don't have anyone to relate to, then we miss out on hearing that it is okay have different experiences. Foster care doesn't have to be a marginalizing thing, it can be inclusive.

NN: What are your goals and vision for ROCMove?

MC: Essentially, the vision is to find a why to reimagine what the foster care system could be, should not be, and needs to be.. I don't agree with the exploitation of children, I don't believe in the separation of families.

However, there are situations where children may be in circumstances where they can't be raised by their biological parents or immediate family. So it's about finding less traumatic, more effective ways of raising the children of our global community in ways that don't involve police... The pharmaceutical industry is heavily involved... there are so many things that are not working within the system.

Oftentimes, those who are blamed in the public, and the children, which even points back to the research we did. If the blame isn't falling on the children, it's falling on their caregivers. Foster care and child welfare reform are rarely addressed as a a systemic issue, because I don't think many people understand what happens within the system. No matter how much I learn about it, I'm always shocked to find out new information. There is so much I'm still learning, even though I had my own foster care experience...

Going after the system itself can be really difficult... What I envision for ROCMove is a very creative way to humanize children and people with a lived foster care experience, provide alternative perspectives, and call others in. To highlight authentic narratives and help the public understand what the core problems are, and collectively revolutionize what the system is.

I keep saying "reimagine" because some people come at it from a perspective of "destroy!" and honestly, to each their own. I've experienced violence as a child... in my political movements, violence can resolved through art and creative mediums, or having conversations that are vulnerable.

ROCMove is about calling people in, and organizing creatively. Another goal is to provide stories to consume that aren't traumatic to the ones telling the stories, and in a way that people can find solutions, so that you're not just consuming "trauma p*rn" — you're intaking new perspectives and information through art, and podcasts, and finding out solutions to ultimately create a safer world for all children.

NN: I appreciate what you said because foster care as a social construct is neither good nor bad, it just is what it has been made to be, and narratives painted with a broad brush or without examining what is actually happening can do damage.

MC: And even examining the difference based on economic level, people who are wealthy rarely touch the child welfare system because these folks have nannies and other people they can pay to take care of their kids, but sometimes even those situations are abusive! Yet the parameters for kids entering the child welfare system are different. Why is it different for them?

Lack of access to money, people, and wealth is what Black and Brown communities are facing... With THE POINTLESS FOREST, one of the things that I find so special is examining the way foster care criminalizes poverty and in turn Black and Brown children.

We also address where that stems from, and why these situations exist. This ties back into reimagining safer futures and lives for all children, regardless of socioeconomic status... I think we need to listen to children more, and we don't do that enough.

*End "The Pointless Forest is Anything But" Part One

Miriam Cortez is the Program Coordinator and Artist-In-Residence at Peace4Kids (P4K). Prior to her current role as Co-Founder of ROCMove, Miriam volunteered at P4K. The root of Miriam's artistry is storytelling; she is driven to tell stories in ways that give them the most justice and represent the story best. Miriam explores and works with as many mediums as she can, from stop-motion to watercolor to illustrating her first children's book! Noah is also a Co-Founder of ROCMove and P4K volunteer. Noah's interview with Miriam took place September 2021 in Los Angeles and is edited for clarity.

📚 Gift and get your own copy of The Pointless Forest

Noah the pointless forest childrens book Miriam interview illustration
Please check your e-mail for a link to activate your account.